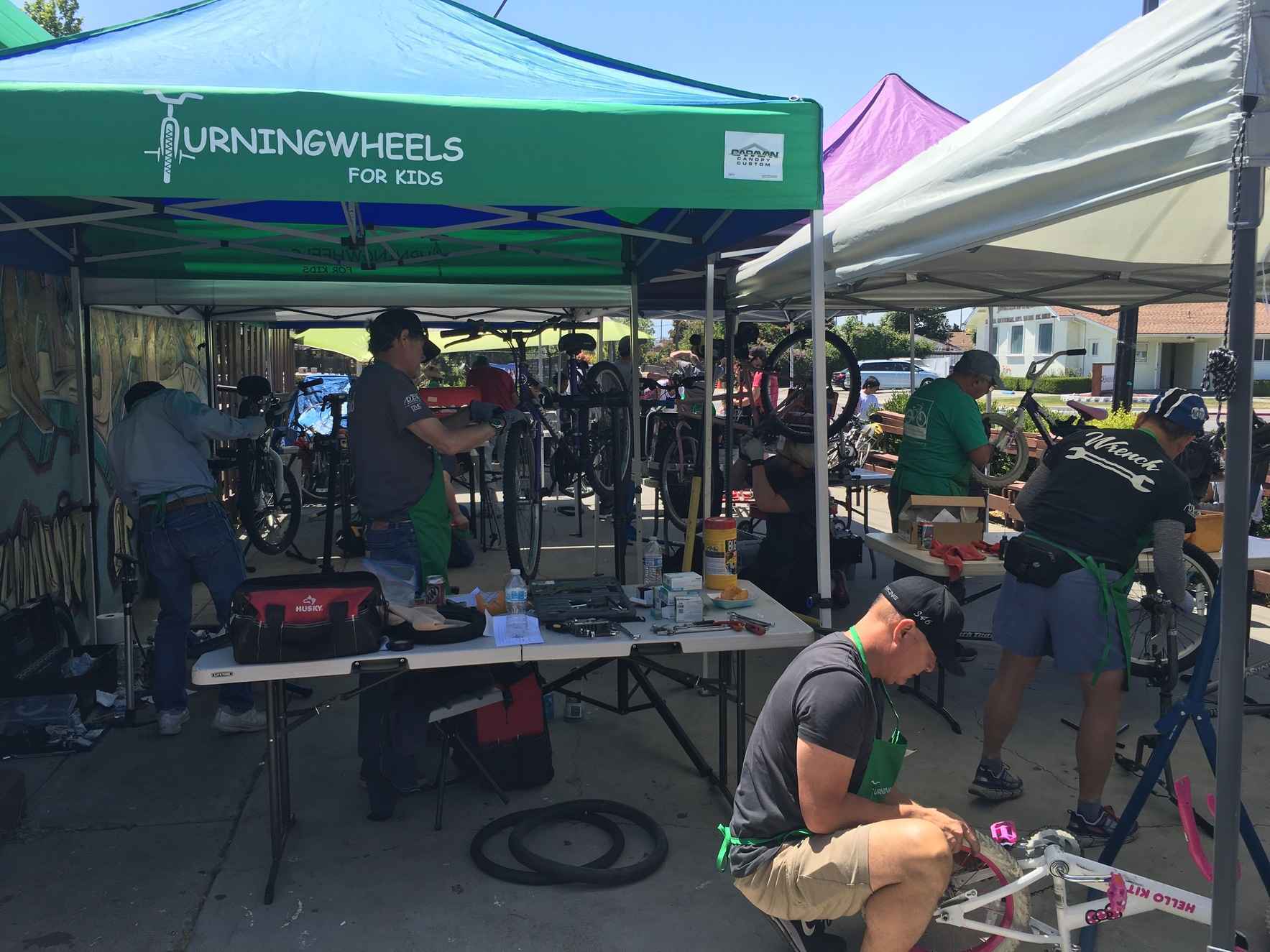 Help TWFK get bikes into the communtiy and to children need them.

In 2003, Susan Runsvold set out to ensure that no child would have to experience a Christmas without any cool and exciting gifts, an experience that she feared herself when she was young. Since then, her vision has expanded, as she discovered that bicycles–one of the coolest gifts a child can receive for Christmas–can have a more profound impact on children’s lives than she first imagined. Her original vision was to buy bikes at Christmas and give them to underprivileged children, children she believed might otherwise not receive any present from Santa. She began what she hoped would be a tradition of collecting money from her friends and colleagues to purchase as many bikes as possible for holiday distribution. The first year, she bought 12 brand-new bikes and gave them to children. She soon realized that beyond the immediate thrill of Christmas morning, these bikes bring children independence, confidence, a fun way to exercise, and a sense of adventure that nothing else could quite match. But the story doesn’t end there. In 2005, Susan asked an amazing group of volunteers—many of whom now comprise the TurningWheels for Kids board—to help flesh out her dream. With a resounding “Yes!” from the team, TurningWheels For Kids (TWFK) was born. The unbelievable success of this group has resulted in more than 30,000 bikes being built and given to